There are many mythologies that show the significance of honey in our lives. Linden honey is among the first types of honey that people have enjoyed for thousands of years. It is rich in beneficial properties. Linden tree is known as the “tree of life” and the honey made using its nectar is valued for its unique aroma and taste. Since, the annual linden honey crop cannot be guaranteed, it is even more valuable than other honey varieties.

What Is Linden Honey?

Linden honey is a monofloral honey that is produced in North America, the U.K., different parts of Europe, and in Asia. This honey is basically similar in these areas but has three distinct names; basswood honey, lime honey and linden honey. Obtained from the flowers of Linden or Basswood trees of a few types of Tilia; it is known as Linden honey or Basswood honey in North America and Lime honey in the UK and Europe.

It is the chief honey type that has been enjoyed for a long time. At the height of blooming in Linden woods or on a road fixed with Linden trees, the ambrosial fragrance of the small yellow-white blossoms encompasses you and draws honey bees from miles around.

Linden trees and honey are generally common in the east of Europe, particularly in the more temperate northern districts. Linden develops strongly around Russia and China as the Small-leaved Lime (Tilia Cordata). During solid nectar flows it very well may be seen shimmering on the blossoms like morning dew. Honey flows in pre-summer to late-spring and are the strongest in warm humid climates.

The Origin and Qualities of Linden Honey

Linden trees are found all through the Northern Hemisphere, especially in districts with temperate environments. In America they're common in the eastern portion of the country, with numerous linden forests concentrated close to the Appalachian Mountains. It is a tall and lovely tree which regularly lives for quite a long time, with large leaves and bunches of little white roses. Linden blossoms sprout from pre-summer through late-spring every year.

The linden trees most ordinarily found in the United States are the Tilia Americana and the white basswood. The latter is often alluded to as the "honey bee tree" since it creates such a lot of nectar during moist climate; the nectar can even be apparent to the unaided eye on linden blooms if you look early in the morning.

In the right conditions, the linden is an amazingly useful nectar tree. A solitary tree's blooms can create as much as 40 pounds of honey nectar, with honey bees ready to gather almost a full ounce of nectar from each blossom.

Shockingly, the appearance and nature of linden honey doesn't actually differ regardless of which kind of linden tree the nectar comes from, so linden is typically viewed as a monofloral honey. New linden honey is either green or clear with a green tint, yet as it ages it takes on a more conventional yellow appearance with light golden the most pervasive shading. It has a high glucose-to-fructose content proportion so it will crystallize decently fast, but that won’t ruin the quality of the honey.

Linden honey has a solid and extremely unmistakable fragrance, a lot stronger than you'd anticipate from its light tone. At first sniff, linden has an unquestionable new forest smell, and afterward traces of menthol, camphor or mint arise. The character, be that as it may, likewise accompanies woodsy and minty notes, alongside a diligent trailing sensation which is somewhat unpleasant yet certainly not offensive. Linden nectar is far better than orange bloom nectar and acacia nectar, however it doesn't have the occasionally overwhelming kind of buckwheat or manuka nectar.

The power of the aroma and the taste are stronger than the colour of this honey would demonstrate. The typical rule of darker is stronger is broken with Linden honey. At the point when exceptionally new it has a greenish color, yet after a period it turns out to be obvious to golden with a yellow tone. It has a aroma described as woody, new, also described as mint, balsamic, menthol, and camphor.

It has low acidity, medium sweet, and at times a light bitter. It has a persistent aftertaste and is slightly astringent. The crystallization rate is medium to quick with fine to medium-sized crystals.

How Is Linden Honey Produced?

For beekeepers who produce and sell linden honey, they are troubled with uncertainty about their harvest during each season. In spite of the fact that linden trees can possibly create a ton of nectar, climate gets in the way of reaching that goal.

While the blossoms normally sprout during a three-week period, an adjustment of climate can chop the blossom time down to just two days. It’s also possible that heavy rains could wash away the nectar because the flowers are so delicate and are prone to fall during a substantial storm.

Besides, seed production can be hit, occurring each three to four years. The normal beekeeper can rely on a decent honey crop simply a few years out of five.

Linden honey gives a lot a larger number of nutrients and minerals than most different assortments of honey. It's rich in nutrient B, nutrient C, biotin and niacin, and its distribution of minerals like zinc, calcium, potassium and magnesium is practically indistinguishable from the dispersion of those minerals in the human body, making them effectively absorbable subsequent to being consumed.

However, having pleasantness and high glucose content, linden honey contains around similar measures of carbohydrates and calories as different kinds of honey: 17 net carbs (practically all from sugar) and 68 calories. That implies that in spite of its other dietary advantages and its medical advantages, it's a food best appreciated with some restraint.

How to Use Linden Honey?

Pretty much any way you can envision. Its pleasantness makes it an optimal ingredient in baking and cooking, ideal for drizzling over breads, breakfast food varieties or cheese, eaten with yogurt, frozen yogurt or sherbert, or as a sweetener in tea or coffee. Simply make sure to use less quantity of it than you'd typically put sugar into your tea; the standard idea is to utilize ¾ cup of honey to supplant some sugar, yet you might require even less linden honey to acquire a similar sweetness.

Since forever the leaves of the linden tree have been used as a diaphoretic, prompting a patient with a cold or fever to "work it out." Honey produced using the tree's nectar can be blended in with tea or lemon and used the same way, as a gentler treatment for colds and seasonal influenza just as sensitive throats. Because of raw honey’s normal antibacterial properties, a similar treatment is regularly used for bronchitis and rhinitis, issues including the gastrointestinal parcel like colitis and gastritis, and when a diuretic is called for. Linden honey also has some soothing properties, so it might assist with a sleeping disorder or stress.

No big surprise that the elderly people say that linden honey – the closest companion of the stomach. Indeed it decreases the hypersecretion of hydrochloric acid in the stomach (as heat) and, unexpectedly, it builds it (in the cold state). Specialists know this element of linden honey and think about it when they pick a method for treatment. It is generally utilized in mixing with the decoction of the juice of new cabbage, kernels and village butter.

The wellbeing and healthful advantages referenced above are possibly capable while consuming raw honey, since pasteurization used to produce honey for the supermarket eliminate the propolis and pollen particles answerable for its advantages. Intensely processed honey of any kind loses the majority of the "great nutrients" that makes it a quality food; raw, natural honey is consistently superior to other options.

The exorbitant cost is often because of the short window of time the honey is accessible, the way that seed creation doesn't happen each year, and the different other climate conditions that make linden nectar creation a test for some beekeepers.

Adding a bit of this refreshing linden honey in mashed raspberries, strawberries, flesh of peach, cheese or egg yolk, apricot, will give a whole new taste to the food. You can even experiment to create a miraculous face, neck, hands, feet and hair mask at home easily. Linden honey has almost a full range of vitamins and minerals, essential oils and trace elements, that are necessary for you to stay fit and healthy forever. Grab your jar full of nutrition at unbeatable prices only at Geohoney. 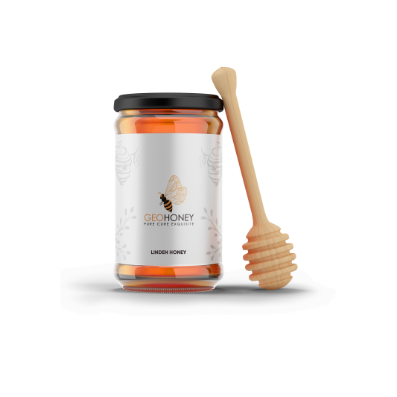 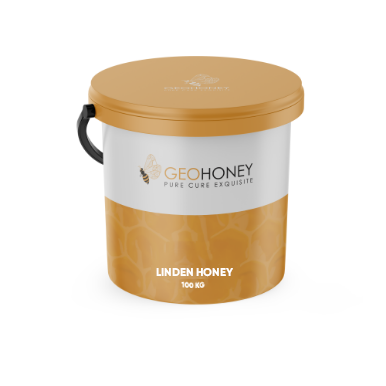