Ulmo is a 35-meter-tall evergreen tree that grows in an emergent posture in the forest canopy. Hardy prefers well-drained soil. It can grow in semi-shade (light woods) or full sunlight. what is ulmo honey?

It is the honey produced by bees when they primarily suck the blooms of Ulmo. Ulmo (Eucryphia cordifolia) is a Chilean tree native to the Andes mountain region, with white, scented blossoms.

This honey comes from the forests of Ulmos in Chile's south. Although its producing region is limited to three countries: Chile, Australia, and Tasmania, Ulmo honey is considered of exceptional quality and is highly valued in worldwide markets.

Ulmo honey has the highest concentration of antibacterial and fungicidal characteristics, thus it can be used externally to treat wounds, skin fungi, and other skin problems.

The prospect of employing it as a fungicide and bactericide in the treatment of plant pests and diseases is being researched due to its high antibacterial and antifungal ability. 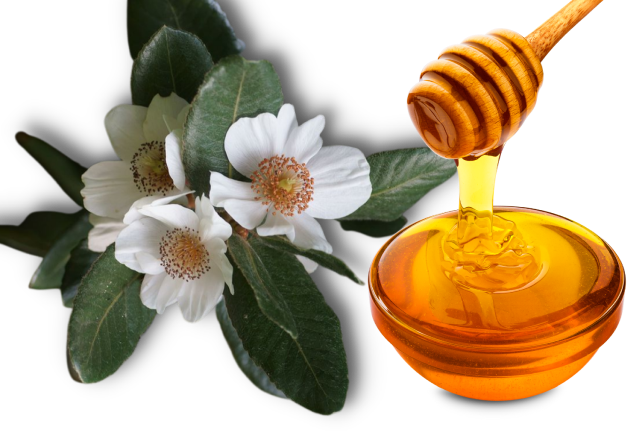 Ulmo honey is a unique type of monofloral honey produced in Argentina and Chile from the flower nectar and pollen of Ulmo trees of the species Eucryphia cordifolia. According to research, Ulmo tree honey has a high antibacterial activity against antibiotic-resistant types of bacteria such as E. coli and Staphylococcus aureus. Furthermore, honey has antifungal action, and tonic characteristics, aids in the treatment of respiratory tracts infection symptoms such as coughing or sore throat, aids in the treatment of weariness and provides digestive advantages.

Ulmo trees of the species Eucryphia cordifolia are scarce and restricted to the South American Andes, a mountain range in the continent's west. Argentina and Chile currently have the most tree species populations. The vast majority of honey is produced in Chile, where there are enough tree specimens to feed bee colonies while also supporting honey production. From February to the end of April, Ulmo trees bloom and produce four-petaled white blooms rich in delicious and fragrant nectar that honey bees capture and utilize for nutrition and honey production. 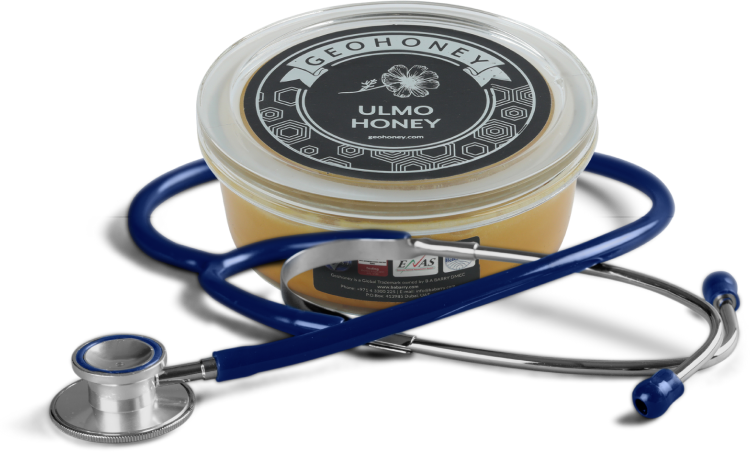 Ulmo honey has antifungal action, and tonic characteristics, aids in the treatment of respiratory tracts infection symptoms such as cough or sore throat, helps combat weariness and provides digestive benefits.

It has potent anti-inflammatory qualities and benefits convalescents as well as individuals suffering from nutritional deficits and eating disorders. 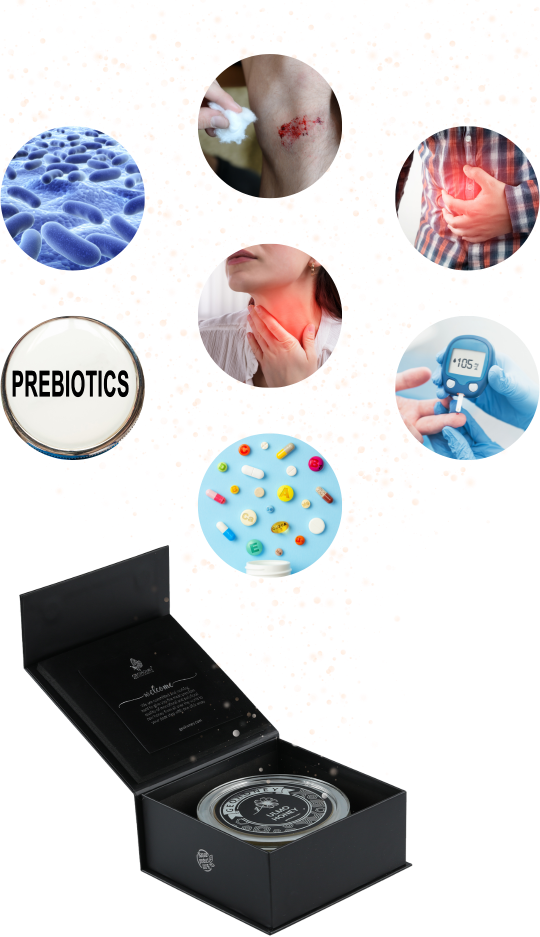 Ulmo honey is valued not just for its nutritional and physiological benefits, but also its economic and environmental impact. The logging industry is interested in Ulmo wood because of its resistance and appearance, which endangers the species' survival. The growing popularity of Ulmo honey, which provides a different economic value to the tree species, is currently the single most effective deterrent to excessive logging and a means of preserving the species. Ulmo honey production has a positive ecological impact by providing economic value and aiding in the propagation of the species through pollination by honey bees. 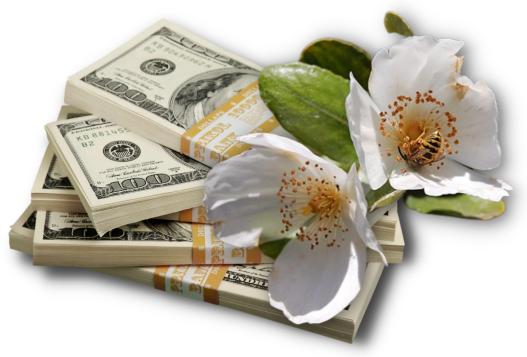 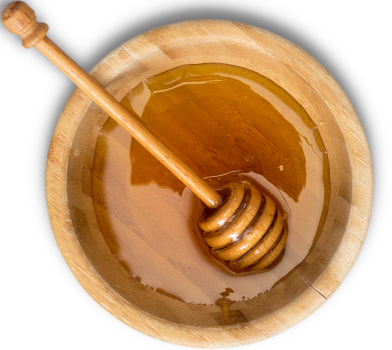 The appearance of Ulmo honey

The color of the variety is often light amber (cloudy-milky yellow) and opaque, which is due to its thick, creamy, curd-like consistency (think about lemon curd or orange curd).

The study "Comparison of the antimicrobial activity of Ulmo honey from Chile and Manuka honey against methicillin-resistant Staphylococcus aureus, Escherichia coli, and Pseudomonas aeruginosa," conducted and published in 2010 by Orla Sherlock from Ireland, tested the antimicrobial activity of Chilean honey made by Apis mellifera (honeybee) originating from the Ulmo tree (Eucryphia cordifolia)

Three types of honey were used in the study: – Manuka honey with UMF® 25+

Honey Ulmo 90 (Rio San Pedro Ltd. Chile) The percentage of Ulmo nectar in that honey is 90. The remaining 10% comes from various Chilean plant species.
For control, a laboratory-generated (fake) honey was used.

Ulmo 90 honey was found to have stronger antibacterial activity against all MRSA isolates tested than manuka honey, as well as similar efficacy against E. coli and P. aeruginosa.

Unlike Manuka honey, which has a high concentration of MGO (methylglyoxal), Ulmo 90 honey's activity is mostly due to hydrogen peroxide generation.

This indicates that Ulmo honey has strong antibacterial capabilities only when it is new (within the first three months of harvest) and stored in cold, dark conditions.

Other honeys that inhibits the growth of MRSA isolates include – manuka honey – Malaysian melaleuca honey, – some Thai honey, particularly from the longan flower, – buckwheat and heather from Finland, – and red honey from Ethiopia, etc.

Ulmo honey was applied topically twice a day, and 500 mg of ascorbic acid was taken orally once a day. The honey had debriding and non-adherent qualities were simple to apply and remove and were highly received by users. 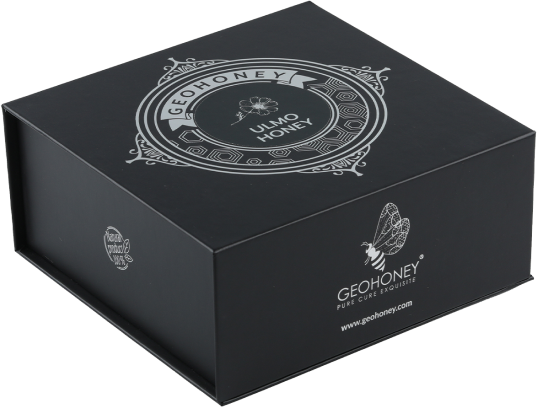 The major takeaway about Ulmo honey is its benefits over manuka honey in killing MSMA more efficiently while also providing the additional benefits of being a natural sweetener. 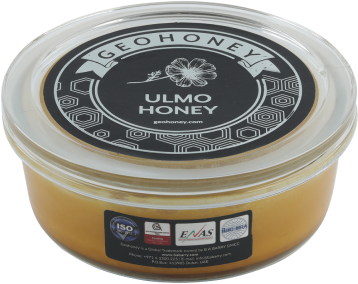